Bird crap on the window

How long do you let crap build up in your view?
A friend of mine tells the story about the bird nest constantly getting built outside one of his main meeting rooms. The let it sit, and the bird 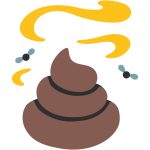 crap begins to build up. First just a few people notice it. Then just like everything else in life, the attention grows on the wrong thing. The
meetings all started with the spectacle and the conversation to follow. People notice the crap and want to talk about it. In most cases, it easier to talk about the crap on the other side of the window than the stuff that is in the meeting room.

The rain washes it off but that only lasts for a short time. And there is always a residue.
Eventually you have to get rid of the nest. And so they did. As time went by the same bird came back and built what seemed to be the same nest. So, they took care of it again. No matter how many times the nest was rebuilt they had to break it down. The price of loosing the meetings to bird crap on the window was just too high.
The morale of the story? Don’t let crap distract from what you were intended to do.

I walk with people to help them find who they are, where they are, so they can journey to the next step in their life and work. Coaching and consulting through community, mentorship, and pursuit. View all posts by Eric Friesen